Barry Sussman served as the Washington Post’s District of Columbia editor. He joined the Post in 1965, eventually working his way up to city editor. According to “The Watergate Three,” Managing Editor Howard Simons gave Sussman the choice of two reporters to follow Watergate in July following the Democratic National Convention. Sussman’s choices were Bob Woodward and Carl Bernstein. “Their partnership began by accident. Sussman paid an unusual Saturday visit to the office last June 17 after learning that five men had been arrested that morning while breaking into Democratic headquarters. He borrowed Bernstein from the Virginia desk to check the five suspects and called in Woodward for help.” Time Magazine. A timeline of Sussman’s life can be found here. 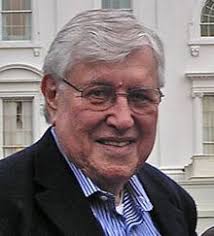